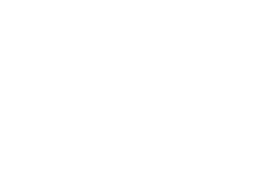 According to resource differences in various countries, the raw material cellulose used is mainly cotton and wood cellulose for the industrial production of cellulose ethers. Cotton cellulose is often referred to as refined cotton. It is obtained primarily by refining cotton linters with a length of less than 10 mm remaining on the cottonseed hulls after removing the long linters. The cotton linters on cottonseeds are rich in cellulose, with a content of about 65%~80%, and the rest is fat, wax, pectin, and ash; Wood contains 35%~45% cellulose, and the rest is hemicellulose (25%~35%), lignin (20%-30%), fat, wax, residual seed hulls, pectin, and ash, etc., quite complicated.

Due to differences in climate and region, the types of wood fibers in various countries are also different. The primary natural fibers in the world come from various softwoods and hardwoods. In addition to natural forests, there are some artificially planted softwood and hardwood species. Different other non-wood fiber raw materials, mainly gramineous plants, such as cereals (rice, wheat, etc.), straw, bagasse, and bamboo, are also essential sources of cellulose, but they have not been fully utilized.

Cellulose ethers can be mono ethers or mixed ethers, and their properties have specific differences. There are low-substituted hydrophilic groups on the cellulose macromolecules, such as hydroxyethyl groups, which can give the product a certain degree of water solubility, and the hydrophobic groups include methyl, ethyl, etc. Only a moderate degree of substitution can provide the product with a certain degree of water solubility. The product with low substitution can only swell in water or dissolve in a dilute alkali solution. With the in-depth research on the properties of cellulose ethers, new cellulose ethers and their application fields will continue to be developed and produced.

According to the different types of substitution sets, ionization, and solubility of fiber energy, cellulose ethers can be classified as follows:

The general rules of the influence of groups in mixed ethers on solubility are as follows: In an unknown world, the curious human will never stop exploring, and the research team at MelaColl cellulose ether from the Mikem company has been working non-stop on the structure and performance of cellulose ether, improving product quality, and reducing production costs. Improving the controllability of products, improving technology and the level of application, establishing effective environmental protection measures, and reducing pollution are still the goals pursued by the cellulose ether industry.

Hi, there, I have been engaged in the cellulose ether industry for 11 years.

Leave Your Questions, We Will Contact You Within 12 Hours. Please Pay Attention To The Email.